I’m confused. What is the etiquette with an X (kiss) at the end of an SMS or email.

Do I put one. Do I not put one. If I don’t put one I am being rude. If I receive one should I reply with one.

I’m not much of a general kisser so it’s a bit outside of my comfort zone to sign off on messages with one. And if I do, it feels wrong – a bit like cheating.

Is an X a friendly sign off or a sign of over friendliness? Has it just become the norm?

I think some people do it without thinking. My wife sent an accidental X to our Accountant followed by an apology when she realised. I receive them from clients occasionally, the same embarrassed apology follows.

We SMS so fast these days that accidents are common. How often have you sent the wrong SMS to someone? Usually it is something you did not want that person to see.  I sent my Dad a message as a teenager thinking it was my friend Dan. It was a message he didn’t need to see. He is now listed in my contacts  as ‘FATHER-CHECK-BEFORE-SENDING’

I understand the need when it comes to family or even close friends. An X at the end of a sentence is a nice sign off. An indication that you love them, miss them, appreciate them. But is it necessary with every message?

An X for Mrs Smith the babysitter or an X for the hairdresser to thank them for a wonderful job seems a bit much. Does Janette the cleaner really need to send an X when she asks us to buy more detergent? Could a message to a work colleague ending with an X be construed as more than just a friendly sign off? There is definitely a flirty element to some of it.

I have to admit to looking at my wife’s text messages – I’m not checking up. It all started innocently enough. She asked me to read out a message for her. The next thing I know I am immersed in what amounts to being the most fantastic real life soap opera.

There are more twists and turns happening on that phone than an Olympic gymnast’s training session. The drama on that little mobile device is more than I have seen on Neighbours and Home and Away combined. I have to check her phone in the evenings to catch up. I can’t sleep if I don’t know what has happened since the previous day’s cliffhanger. Will Susie marry Dave despite her fears…….Andrea said what about Julie’s son….will Rambo the dog survive the operation…..which boy will Monica choose…..the hairdresser said what….the bridesmaids dress is what colour……OMG….Olivia is splitting up with WHOOOOOO????

Once I get past the living soap opera that is her life I am amazed at all the X’s. Every message finishes with one. Gone is the good old fashioned full stop. Replaced with an X. And not always the one.

Why the double X?  Or a triple X? A triple X is more than just a friendly sign off. A triple X amounts to a snog at the very least.

I get a bit jealous when I see my wife texting other blokes with X’s. Why is that necessary. The hairdresser, friends, the Accountant…..

According to a 2012 survey reported by the UK Mail Online more than half of office affairs start with flirting colleagues putting an X at the end of a text or an email.

The report stated that both men and women wrongly assume that a message ending in an X is a come-on – when, in fact, a work colleague is merely being friendly.

The dating website WhatsYourPrice.com polled 1,000 British members on the significance of Xs in emails.

The poll said “in a stark warning to those who litter their electronic correspondence with kisses, 35 per cent of women and a quarter of men said that they had sent messages bearing kisses which had been wrongly seen as sexual by the recipient”

It found that 55 per cent of women and 60 per cent of men who had had an affair with work admitted it had been initially sparked by Xs in messages.

So from now, against my better judgement, I am going to stick to the 2nd most annoying sign off………. 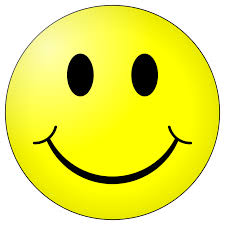